Nikss - our PRO in Escape from Tarkov

I’m sure you’ve already read our previous highlight articles on two of our Apex Legends Play with PRO players, and . I hope you enjoyed them, but today, we’ll be taking a look at a player from a different game, Escape from Tarkov.

Check out his profile below. As you can probably tell from it, we’re going to be introducing you to a hardcore Tarkov player. Check out his Escape from Tarkov stats! 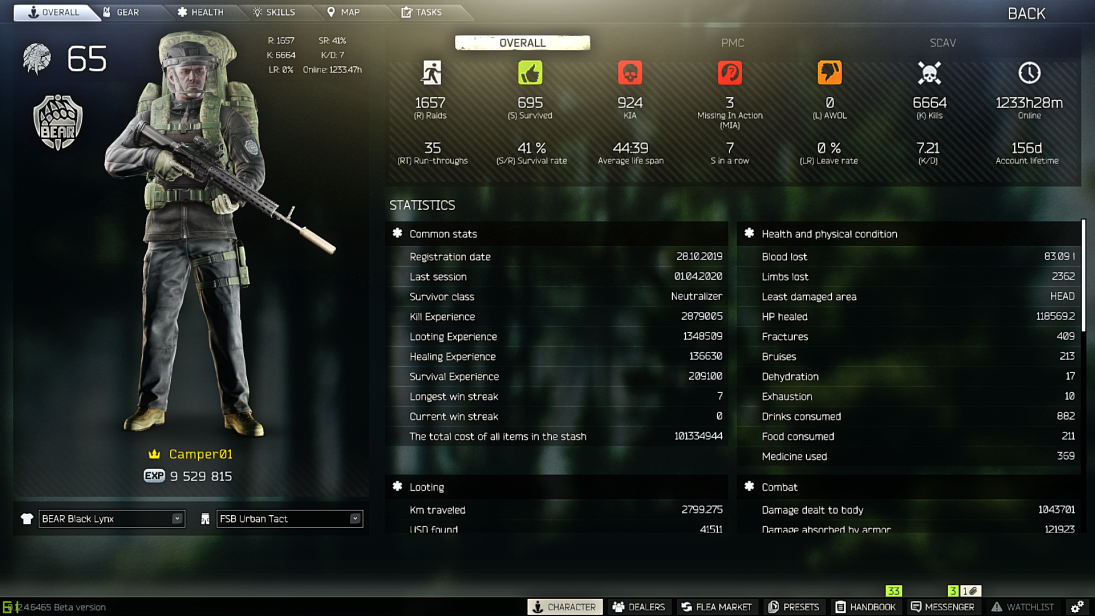 Vlad started playing videogames many ages ago when the scene was all about local computer clubs and first-generation consoles. Tarkov grabbed his attention around 2 years ago, but he wasn’t engulfed fully. He really got into the game when patch #12 went live (4-5 months ago).

The main attraction point for Vlad in EFT was its difficulty. There’s no denying that Tarkov is a pretty hardcore game. But Nikss started out playing alone and raising his skills to a PRO level. Once his mastery became evident, Vlad took 2 players from Discord Tarkov lfg under his wing to teach them how to excel at the game. Which is how Vlad was noticed by one of our active in-game Tarkov pros. Our player asked him if he would be interested in making a living from teaching other people how to play, Vlad agreed.

Nikss is planning on diving deeper into the cybersports scene as he's a highly talented player. No matter what he tries out, he excels. But that doesn’t stop him from constantly improving his skills. For example, he's been Global in CS:GO and even played in some tournaments together with his team.

In Tarkov, Nikss is a map specialist, he knows every corner in the game like the palm of his hand. Map mastery is a critical aspect of his playstyle. His favorite role is being a sniper. And it definitely shows as he has raised his S/R to almost 80%! Vlad knows every sniping position, how to snipe, and most importantly, how to stay alive. To prove his skills, he sent me his profile screenshot (the one above) and told me that he also has the Secure container Kappa, which is an extremely rare item in the game. Nikss is a true Escape From Tarkov professional.

And now, as a Legionfarm PRO-player, Nikss is ready to teach you how to play Escape from Tarkov like a PRO. You can book a session with Vlad .

I hope you enjoy our blogs guys! This isn't the last article on our players, stay tuned for more!

All original images belong to the BattleState Games.