Destiny 2 Gambit Prime - how to play?

It’s great to see you again, guardians! Season of the Drifter has started recently with a new Gambit variation called Gambit Prime. Gambit itself is a 4v4 mode with a mix of PvE and PvP activities. The main target is to summon a Primeval (boss) by collecting motes that are dropping from mobs and to kill it faster than the other team, which can send an invader to your side to make things harder – but so can you. Sounds quite easy?

It can sound easy, but in fact, it isn’t. There’s a lot of details in how you should gather motes, how you should bank them and how you should melt your Primeval properly. And Gambit Prime is even further than that – now you have fixed roles in your team with new Gambit Prime armor sets that will improve the performance of the chosen role. That’s not easy to dive into right away for real, so we, team, are here to help you. Let’s start with some basic Gambit rules.

Even though Gambit Prime is a new variation of Gambit, most of the basic Gambit rules still work there. Also notice, that season of the Drifter has brought some changes to the stock Gambit mode as well. Main changes have been done to the blockers you summon by banking the motes. These rules are quite simple and if you’ll follow them, you’ll become much better Gambit player.

Standard Gambit is different from the new Gambit prime. You’ll have to win 2 rounds to win the match. If there’s a tie between the teams then there will be the third round which is straight away Primeval meltage. Gambit Prime and standart Gambit are played on different maps. New Gambit sets and roles don’t work in standard Gambit. Other stuff is pretty much the same between these Gambit modes and now we can jump to Gambit Prime mode itself.

Let’s start with the differences. Gambit Prime has only 1 round, but you have to bank 100 motes instead of 75 to summon a Primeval. Primeval spawns shielded – to destroy its shield, you’ll have to kill 3 Primeval Envoys: 2 will spawn immediately and the third one will spawn after you’ll clear previous Envoys. Killing all three Envoys will result in spawning the rift which will grant you the Primeval Slayer buff. After rift expires, it’ll repeat all over again – kill 2 Envoys, kill the last one, summon the rift, deal damage. That’s a bit harder in comparison to the standard Gambit, but it’s nothing really impossible to do.

Next important thing about Gambit Prime is a new roles mechanic. You can choose one of 4 roles:

Each role now has its own armor set, that you can get after completing the Reckoning activities. Armor sets also have tiers – each new tier will grant a new perk for your role and this is really powerful stuff. For example, a well-equipped collector can gather up to 20 motes at once and can summon the strongest 20-moted blocker.

And now it’s time to speak about the rewards – the best part of any Destiny 2 activity.

Well, that’s quite simple – you can have some random legendary weapons and armor pieces after the Gambit match. For example, Bygones pulse rifle and Parcel of Stardust shotgun from Gambit are still near the top-tier in terms of PvP.

And another method of getting some nice rewards is increasing your Infamy rank and resetting it later. Drifter will reward you with some cool curated-rolled weapons and Gambit-themed stuff (like the ghost shell) for the 1s, 2nd and 3rd resets of your Infamy rank. But this is not something you’ll achieve easily even though you won’t lose any points on losing the Gambit or Gambit Prime match. What’s the problem then?

The main problem is that you’re playing with other guardians against other guardians – it's almost the same situation as it was with the Crucible. It means that sometimes your own performance couldn’t be enough in order to win, even if you’re really good at Gambit. It becomes even harder if you’re playing against the stack of 4 players. The solution? Get yourself a well-trained team, or just ask us for help.

We’re selling tons of different Destiny 2 boosts and Destiny 2 carrying services - you can pick whatever you want. You can buy Gambit Prime Infamy reputation or Gambit Prime Infamy carry if you’re interested in getting curated roll weapon from the Drifter. In Season 6 it’s nice Distant Relation scout rifle for the first Infamy rank reset. If you’re looking for some random rolled Gambit weapons from the new season, you can get the Gambit Prime win carry.

Gambit and Gambit Prime is a unique game mode in a world of online shooters. It’s a really interesting way to mix PvP and PvE together, adding some awesome backstory as well. It’s not very easy to play, but it’s fun, which is the main reason many guardians loved this mode. Gambit Prime is a nice addition to what we’ve already had with great diversity and some fixes we’ve been waiting for quite a long time for the Gambit.

May the Light guide you. 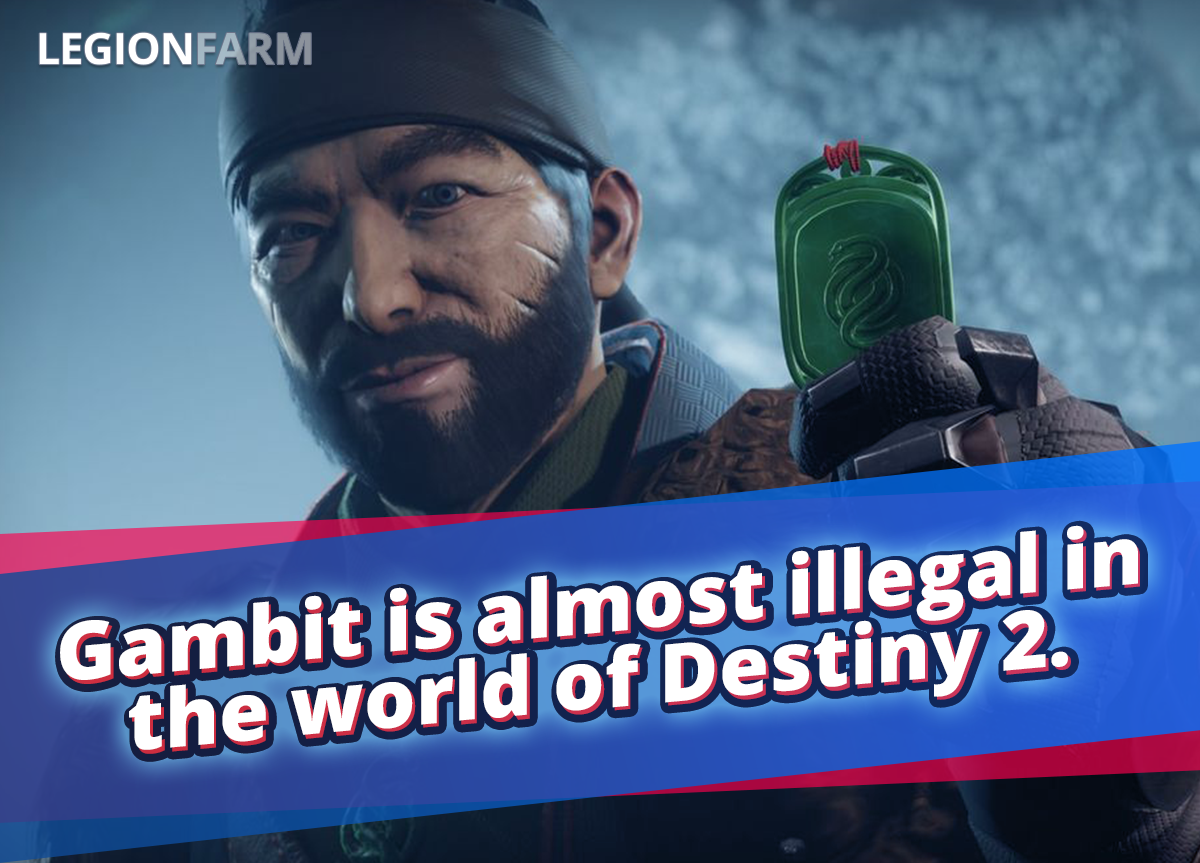