Season 5 for CoD is almost here, and over the past week or so, we've been shown a lot about what's coming in this new season. By the looks of it, there's going to be quite a lot of content between the Cold War and Warzone. But today, we're going over all the details on all the content that we know of so far that will be coming to Warzone. So, let's get crackin'!

Tune Your Mind to The Broadcast

Our main source of information is, no doubt, the official blog post from the developers that essentially gave us the roadmap for the season, from which we can already draw what main features will define the fifth season:

So as you can see, this is going to be a pretty packed season. On top of that, if we keep in mind the fact that Warzone will host an announcement of the new CoD title through an in-game event, Season 5 shapes up to be the most content-packed in years! So, without further ado, let's get to the juicy details. 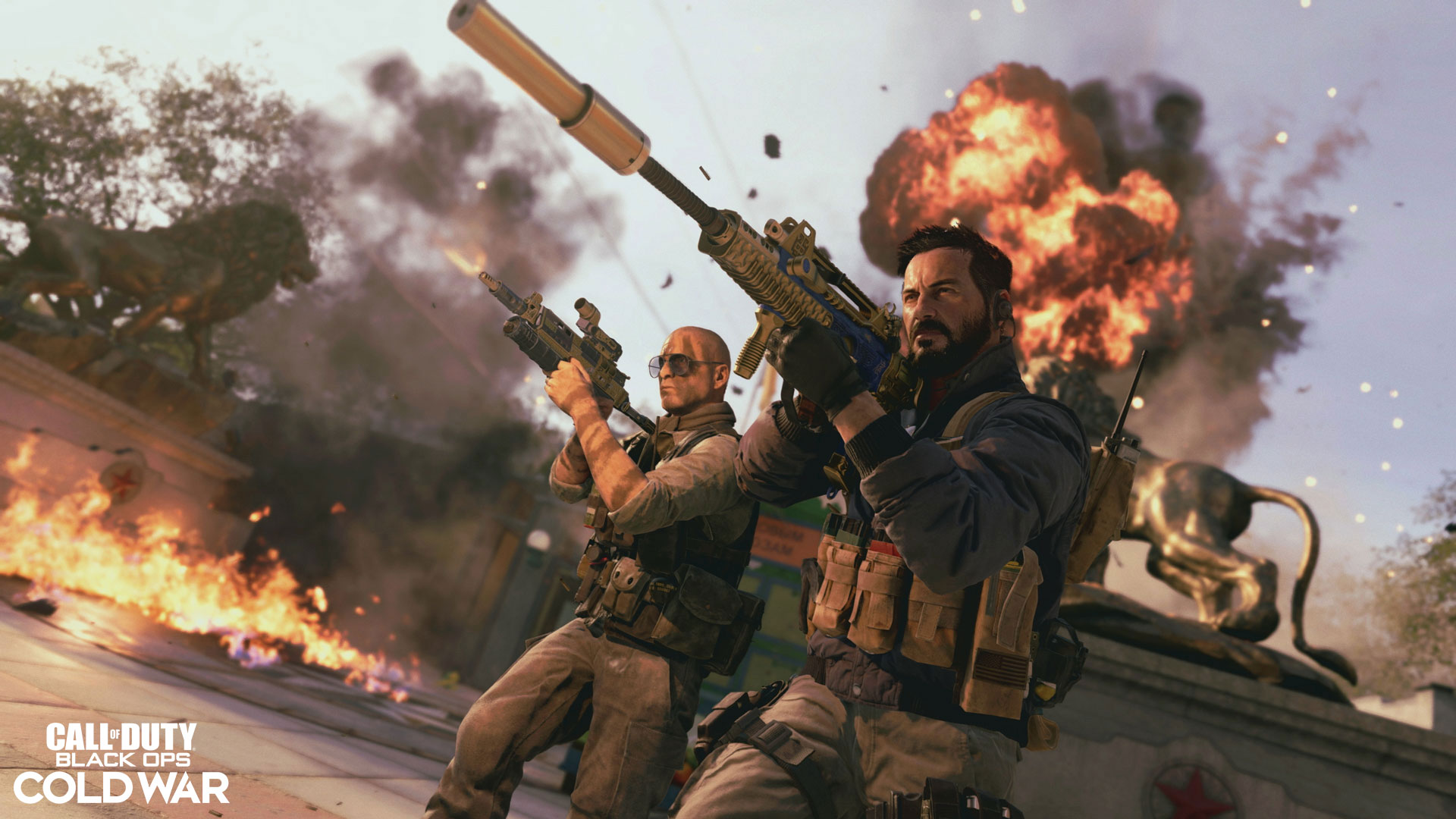 Since we mentioned Kitsune as our first feature of the season, let's do her justice and talk about the story first. Perseus, the main antagonist of the Cold War game, continues to execute their evil plan. Last time we saw him steal some secret data from the Soviet military facility deep in the mountains. Now, we see this data being used by Kitsune, who, according to the cinematic trailer, somehow reprogrammed radio wave transmissions to brainwash anyone in the vicinity and make them, essentially, into obedient puppets. From what we know, Kitsune was the perfect choice for this job since she's a self-taught cybersecurity specialist. However, she's only one of the THREE new operators that are getting added in the new season.

Yes, we only mentioned Kitsune as she's on the official artwork for the season, but let's also not ignore someone named Stryker. We actually also saw him in the cinematic trailer as he somehow wasn't affected by the brainwashing and managed to save Woods from a grave situation. Stryker is wearing these weird-looking night vision goggles. Described as the perfectionist on the verge of obsession, he represents the ultimate future soldier equipped with state-of-the-art gear made in the United States as part of the Future Warfare program developed in association with US Special Forces in the 80s.

Our Third operator doesn't need any special introductions: Hudson – CIA's special agent responsible for interrogating the Alex Mason way back in the first Black Ops game. This guy knows a thing or two about sleeping agents! 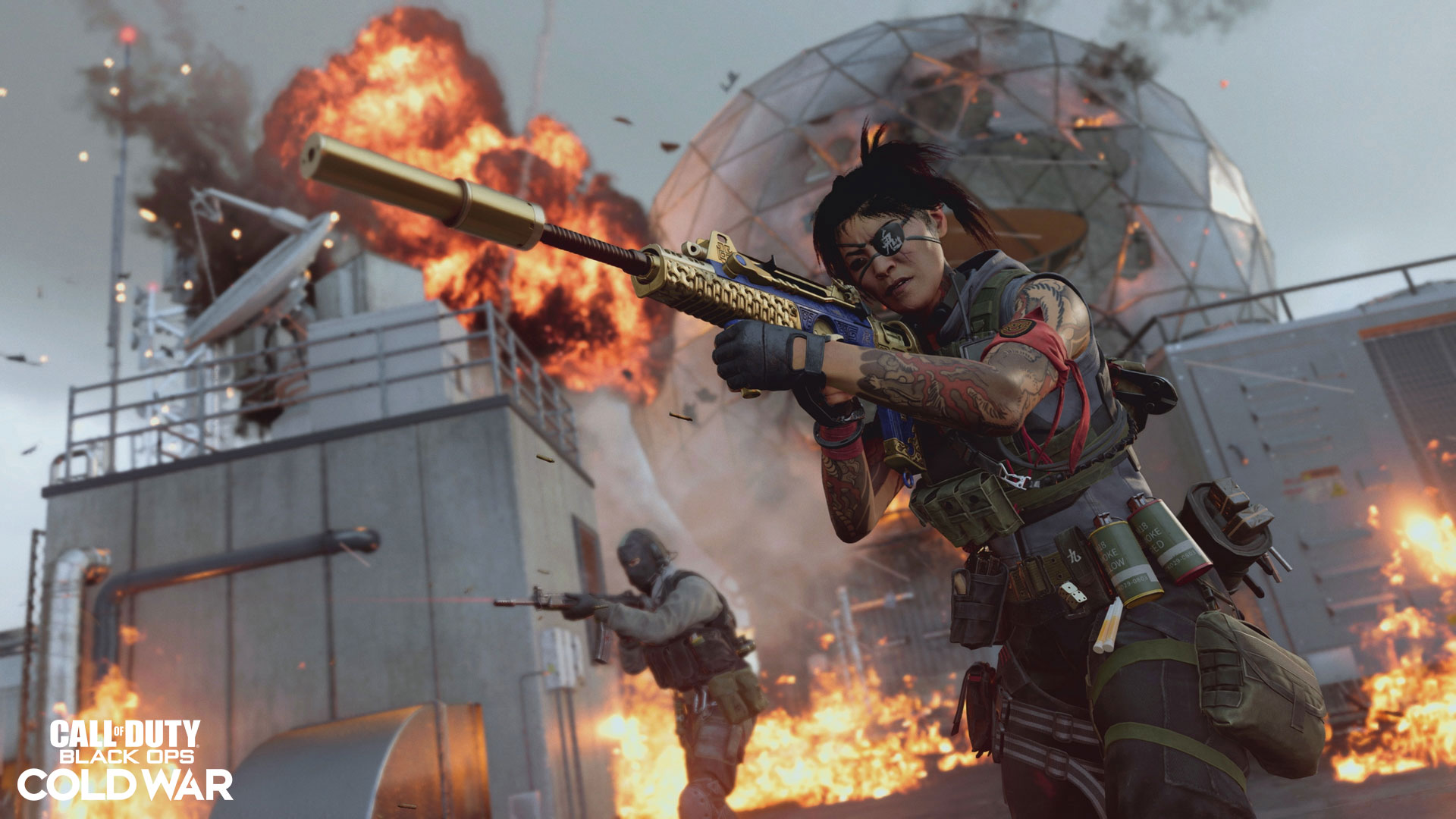 When it comes to weapon balancing, those of you that have been playing the game for a while are aware of this issue. It comes from the fact that both Cold War and Modern Warfare weapons coexist in Warzone, but since no one bothered to look at their stats (until now), Cold War weapons were much better by default. This injustice to older weapons has come to an end. Now, all of the weapons will have their own place in the game and provide a unique experience to their users. Look at it this way – each weapon now will be best for a unique scenario or situation, so when making your loadout, you will have to think about what kind of fights you wish to engage in instead of thinking which weapon is the best in its class.

Furthermore, we will be seeing new weapons being added to the roster. Among them is the EM2 assault rifle, which is very clear and interpretation of the famous Enfield Experimental Model 2 developed and released in Great Britain in the late 40s. It features the futuristic (at that time) bull-pup system and a powerful .280 British caliber. The weapon actually never got mass-produced because the USA forced the UK to switch to the universal 7.62x51mm NATO (T65) caliber. Modernizing EM2 to facilitate and work with such caliber proved to be too difficult of a task, so they just stopped producing this AR altogether. That said, it's very nice to see this gun being revived, at least in the video game.

The second weapon doesn't need an introduction. It's the infamous TEC-9 SMG. A Sweden-made sub-machine gun designed and produced in the late 80s, this gun has become synonymous with gangsters and outlaws worldwide. That is also why we see this exact gun being featured in so many games like CS: GO, GTA Vice City & San Andreas, Saint's Row 2, Far Cry 4 & 5, Payday 2, just to name a few. It will be a delight to use this uniquely-sounding SMG in the CoD's multiplayer.

A remaining couple of weapons will be added mid-season. One of them is a walking cane. Yes, you'll be using an ordinary cane to whack people on the head with possibly lethal consequences. The other one is a bit more exotic. It's a shotgun made into a pistol called Marshal. It is a one-shot-one-kill weapon that doesn't really have a real-life analog. At least not one that has been mass-produced. You can look up a bunch of custom builds that mimic the one in the game, but from what can be gathered, it loads exactly like a double-barrel shotgun and has one hammer and one trigger only. Can't wait to use this one in action! 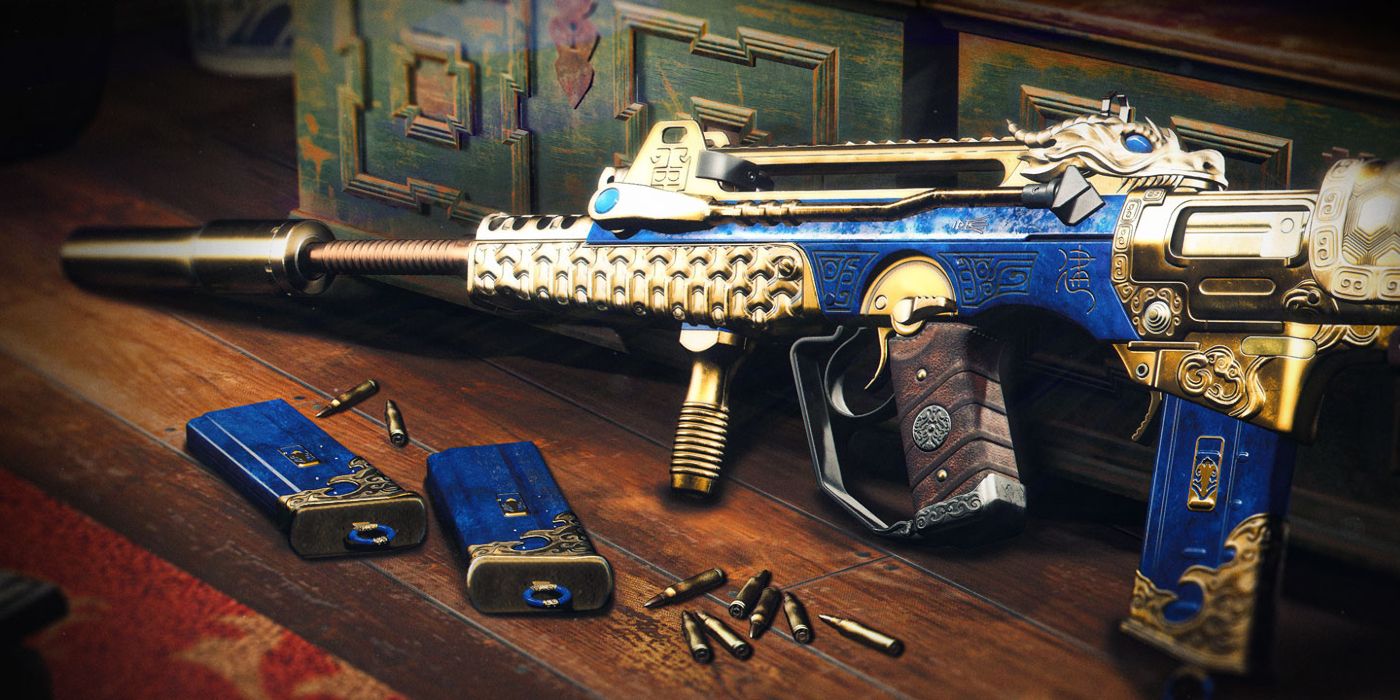 You must already are thinking about how you're going to fit new weapons into your loadouts. So, while you're doing that, let us tell you about the two brand-new Warzone-exclusive perks that are being added in the upcoming season. As we all know, most perks that we can use in Warzone have been moved over from the ordinary multiplayer modes, for which they've been designed. This means that half of the perks don't work at all in Warzone, while the other half has been tweaked to be usable in Verdansk. This is why this is so cool that we're getting perks that have been made specifically with Battle Royale mode in mind.

One of two perks is called Temperred can actually change your whole approach on the Armor Plates economics in any match. By default, you can equip three plates on you to be fully protected, but you can only carry 5 plates at a time. Tempered makes the plates beefier, making them absorb 75 instead of 50 DMG, which means that you will only need and be able to equip 2 Plates to be fully protected! Isn't that awesome? But watch out, because there's a drawback – you won't be able to pick a second perk, so choose carefully!

Now, the other one, called Combat Scout, will help you make the best call-outs possible! The way it works is when you damage an enemy, their silhouette gets highlighted for a brief moment while at the same time you'll give out an automated ping. Knowing that some of the pro players actually set their ping button and shooting button to be the same one so they can shoot and ping the enemies simultaneously, we know that devs wanted to make a perk out of it. Now your teammates will always know if you spotted a target! 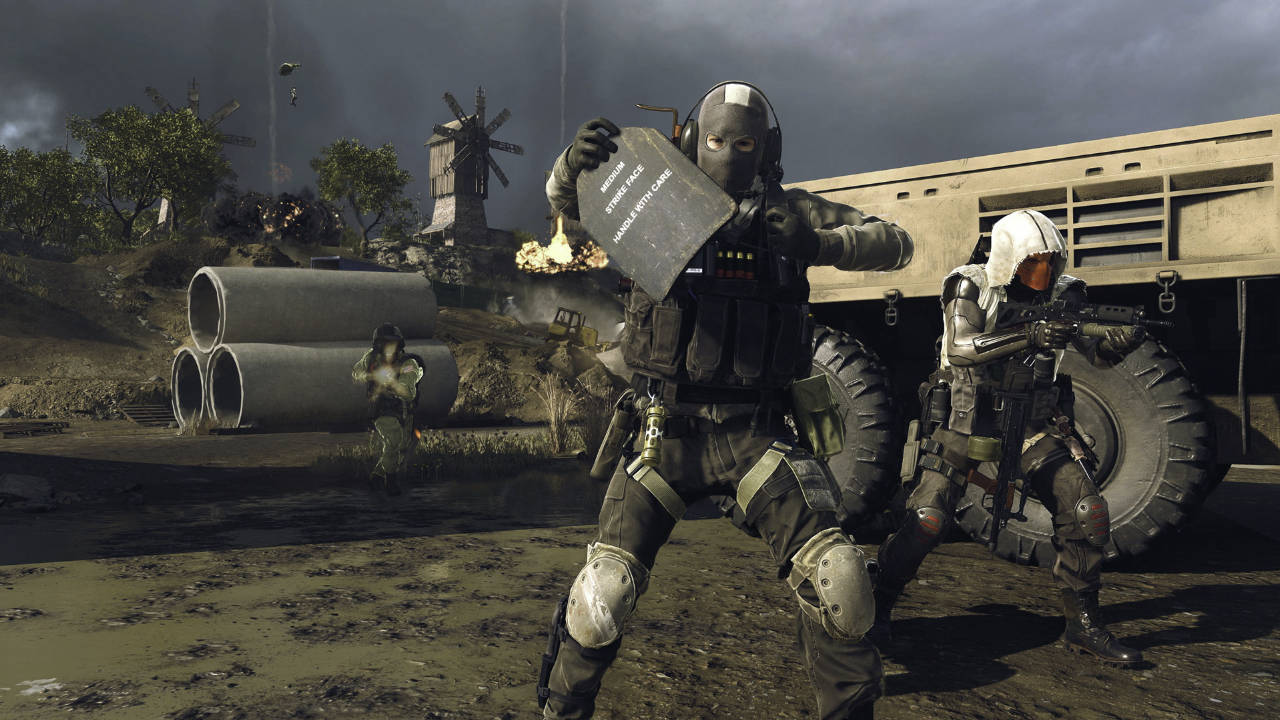 It'd be weird if nothing new happened to the map itself. Verdansk has been blown up, remodeled to represent its version from the 80s. It had satellite crashes, a sudden appearance of locations from the old blockbuster movies, and God knows what else! So, this time around, it looks like the new broadcast relays used to spread around the brainwashing radiowaves across the town will be placed randomly for every match. This is the first-ever random POI that we will be able to explore, which sounds dope! The second type of POI is intentionally kept secret by the devs, but from the description, we can gather that it will be something that could help players prevent the spread of that radiowaves and somehow counter their broadcasting. What will it be? We'll know when the season comes out.

Of course, we can't leave out the renewed Gulag. This time around, it will imitate the map from BO2 called Rush. That map had some tight corners and corridors within a couple of warehouses and some open areas outside the structures. I can't wait to see how much of the original map will actually make it to the Gulag.

As a part of the same event, the red doors will seem to become even less reliable, as they might throw you into a secret room? Whatever it will be, from on own, remember – use red doors at your own risk! 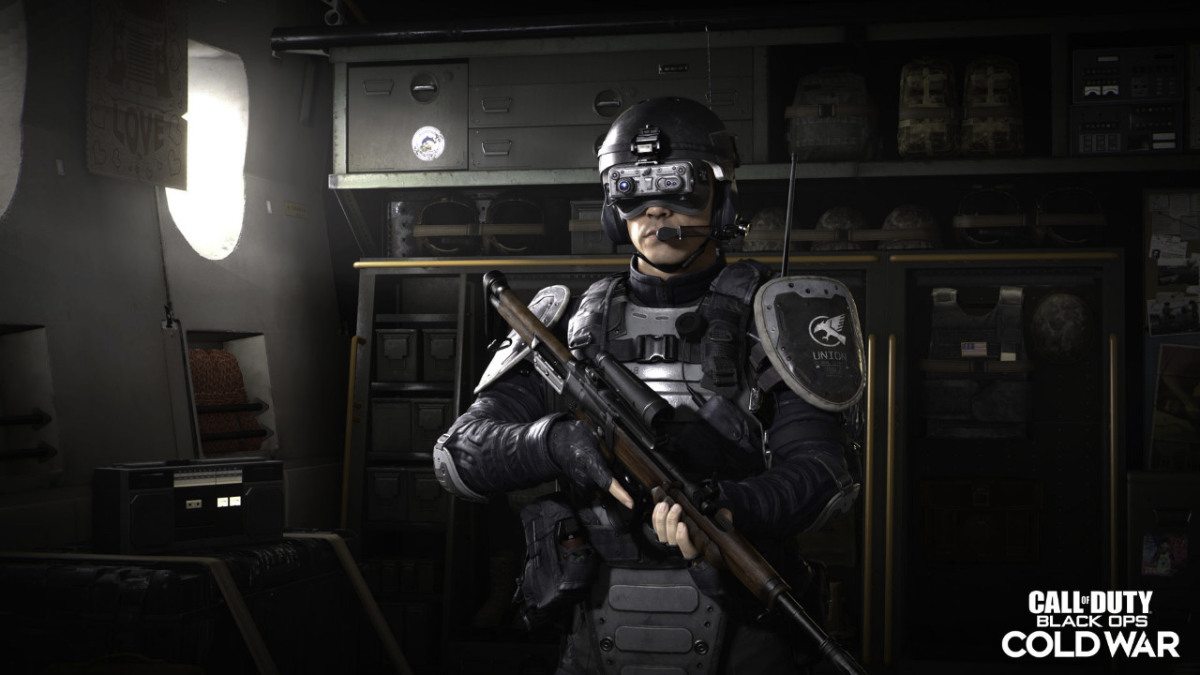 Admittedly, it would be wrong to assume that everyone just loves the king of the hill game modes. Many of us wondered what it would be like to just have two enormous in size teams settle their score on the streets of Verdansk. Well, now we will know what it would feel like. The brand-new Clash mode puts you and 49 other players in one team and has you battle against a team of other 50 people in the select arenas all around Verdansk. You should be excited about Clash for a number of reasons:

To be honest, this game mode feels like a big Christmas present for all Warzone fans!

Like we already said – Season 5 shapes up to be pretty exciting. Everyone who has loads of free time on their hands will surely find in Warzone a perfect escape from reality for this Autumn. But listen – even if you can't spare that much time on playing favorite games, don't worry. We actually offer our own special coaching service. This is the service for those who want to find the best teammates to play with, and at the same time, this is the service for those who wish to increase their skill naturally. The best recipe for both is to play with pros. Our pros, to be specific. Our website offers a roster of extremely talented games, champions of tournaments, and holders of top positions in the leaderboards. They will teach you everything you wish to know and let you in on a secret or two. Our LFG service has already brought together thousands of gamers and pros who have been playing and embracing the joy of companionship. If you want to grow as a professional gamer or wish to simply get more wins in Warzone, come over to and meet the team!

That said, thank you for sticking with us throughout the article. We'll be preparing more material and updating some of our old articles in the coming days, so stay tuned, and we'll see you on the battlefield!