The Genesis event that came out yesterday has to be the most special event that we’ve ever had. Join us as we travel down memory lane getting nostalgia vibes on the way with the Apex Genesis event. In this article, we’ll return to Seasons 1 and 3 of the game and discuss map changes that we see today.

Currently, we’re in Apex season 9. Initially, Apex Legends launched at the start of 2019, which means we’re in year 3. For a live game like ours that constantly gets updated, rapid change is normal. What the game looked like 2-3 years ago is nothing like what it looks like now.

The current season is called Legacy, and its theme is the roots. Acknowledging the game’s origin, tipping the hat to the Titanfall series with the Valkyrie legend. The Genesis event, which kicked off yesterday on June 29th and will run until July 13th, pays respect to the first year of the game – 2019. And it does so in the best possible way.

The Apex Legends new event replaced the current map rotation of Olympus and World’s Edge with the original versions of King’s Canyon and World’s Edge Season 3. The devs call this the Legacy maps Takeover. In addition to that, Skulltown – a hot drop location from King’s Canyon is now a map for the Arenas game mode! 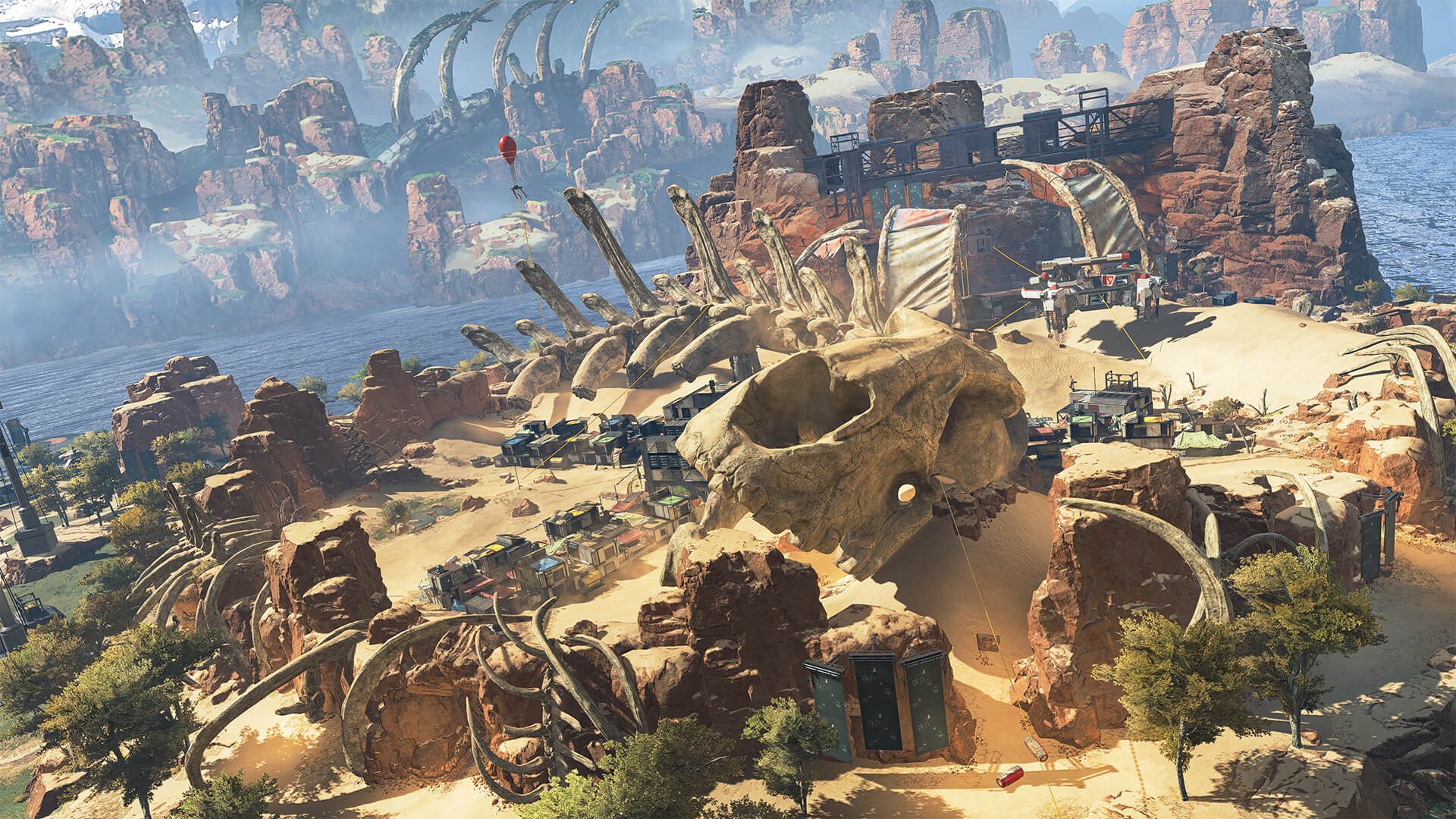 Furthermore, just like any other Takeover event, this one comes with its own collection of rewards. Two weapon skins:

Along with the skins, there are also:

All of these cosmetics can be earned by completing Apex Legends event challenges which will also help you progress with the Battle Pass.

On top of that, there’s a set of 24 limited-time themed cosmetics for those who are willing to pay top dollar. The Epic cosmetics include:

And those of you that are extremely lucky will get one of the Legendary quality rewards: 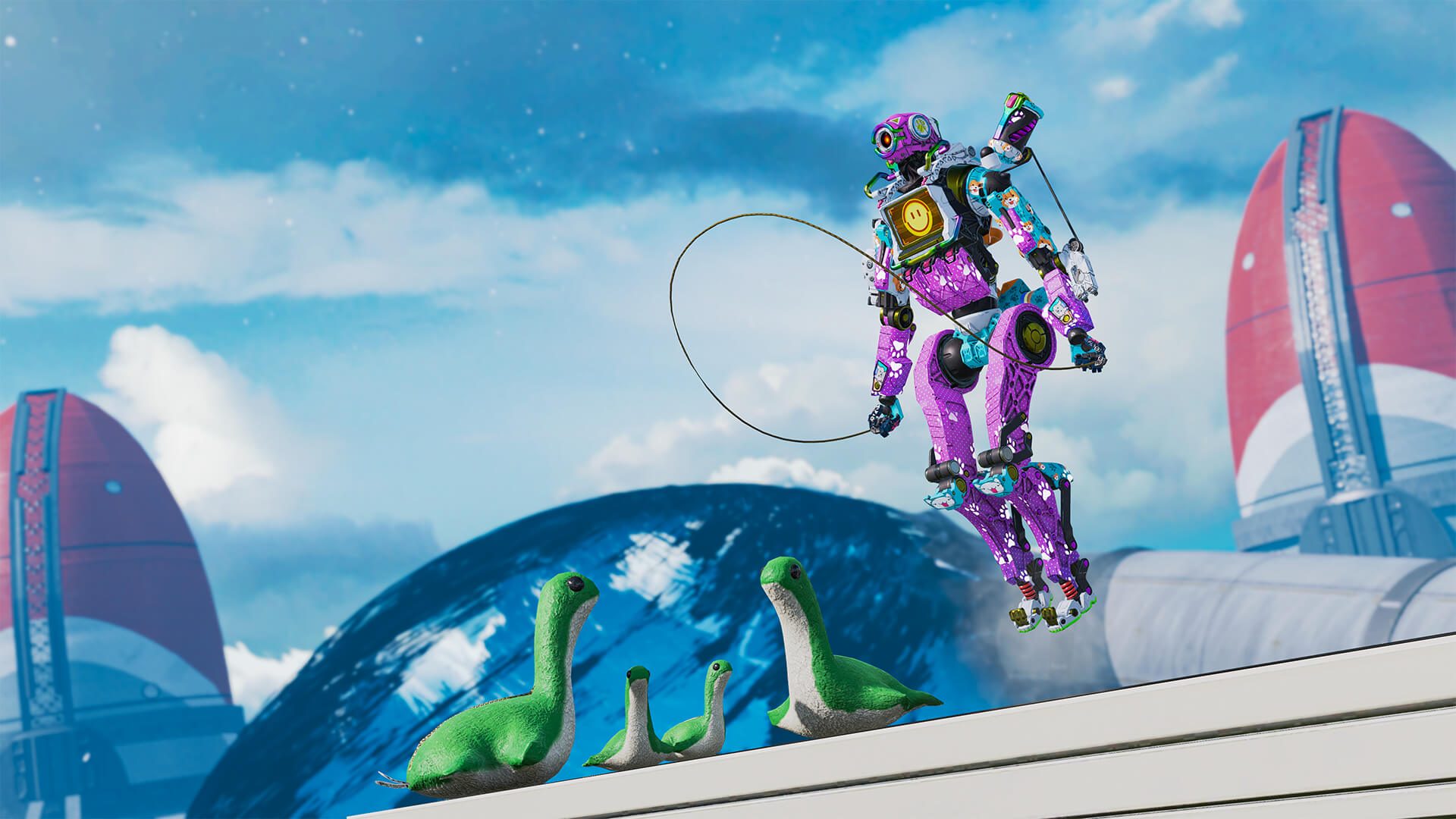 The Grass was Greener Back in the Day

Let’s talk about the original maps that are featured throughout this event. It has been officially confirmed that the King’s Canyon map version is the one of Season 0 or the pre-season 1 period. The map has had 3 significant updates, with the first one that arrived in Season 2. So, the map that we can all play on today is the very first version of it. This means you get the chance to revisit such iconic landmarks as the infamous Skulltown, Marketplace, Bunker Pass, and many others. Players that did play on the game’s launch, back when there were no battle passes and only 8 Legends. The feeling that they get now when they’re back in that place where the love for the game was set for many years forward is hard to describe in words. That bitter-sweet feeling is, of course, nostalgia.

The same is with Season 3’s version of the World’s Edge map. That map has had 3 changes, and the version that we have now in Season 9 is a lot more different from the one initially released in late 2019. Especially visually, the maps have changed rather drastically. In its first iteration, the map featured snowy mountains and fields of mountain grass in the North and some industrial structures and lava rivers in the South. The map’s charm was in its contrast. Plus, the first-ever running train in a BR game. Later on, the city in the center region got destroyed by one of the lava flows that has basically scarred the terrain of the map, cutting it in two. Now the map gives out more post-apocalyptic vibes with its crushed skyscrapers, rifts in the ground, and so on. The train isn’t running anymore either. Based on all that, the opportunity to go back and play those first versions of maps seem priceless. And the new rewards that give even more incentive to take part in the event make everything that much better. 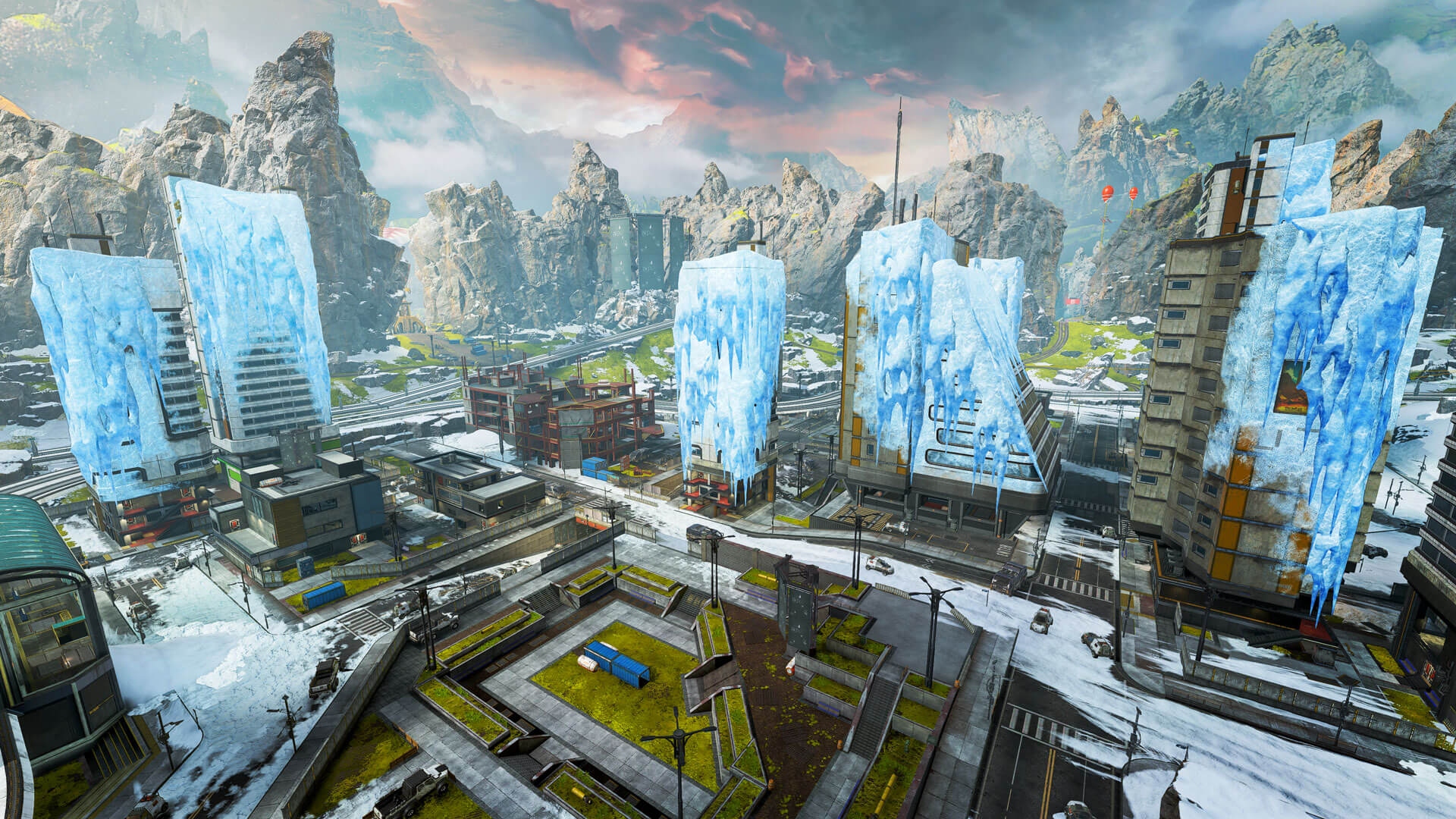 The Necessity of Change

It’d be unwise not to mention that some part of the community of the game believes that this event is nothing more than a “nostalgia bait,” as they call it. They believe that Respawn merely retires and withholds old content just to recycle it and put it out there for a cheap way to make some cash. Why couldn’t they just add map variations in the game and make it possible for players to select which map and version to play on? As harsh as this might sound, admittedly, those versions of maps were far from perfect. Yes, for casual matchmaking - they are fun to play. However, these maps aren’t fit for Apex Legends ranked or Esports tournaments. Why? If we dig a bit deeper, the original version of King’s Canyon had only a handful of good rotations. So, whenever there was a tournament, all teams would just land in 2-3 exact locations every time and would follow the same path over and over again. This was super limiting for the pros to experiment and come up with new strategies.

Season 3’s version of World’s Edge also had problems, but of different nature. The loot pool was so poorly designed to the point where some of the map's locations had absolutely 0 loot. Can you imagine landing at the Drill Site and finding the place completely empty?These issues have been eventually fixed in later seasons, but the event that we have now brought back to life all of these issues because the developers decided not to spend resources on fixing the old maps.

Nonetheless, it’s still darn nice to have an event like this. It is evident that the developers themselves are also fans of their game, just like us. Imagine if during one of the meetings, one of the devs would just say: “Hey, imagine if we could play on the old versions of the maps with the new legends? Wouldn’t that be freaking awesome?”. And then imagine the executives gave the green light! It’s so cool when the devs can geek out like this, and as a result, we get such amazing events. Looking into the game's future, we hope there’ll be many more events like this one.

But for now, thank you a lot for staying with us. Remember to check back with us at , as we’ll be covering more news about Apex Legends. Stay frosty, Legends!