In this article, we’ll go over 10 super useful tips that everyone must know when playing Ranked. However, this time, one of our real pros will be sharing his knowledge with you. You have an exclusive opportunity to learn the secrets of the most skilful Apex Legends players, so jump in for some insight on how to play Ranked. 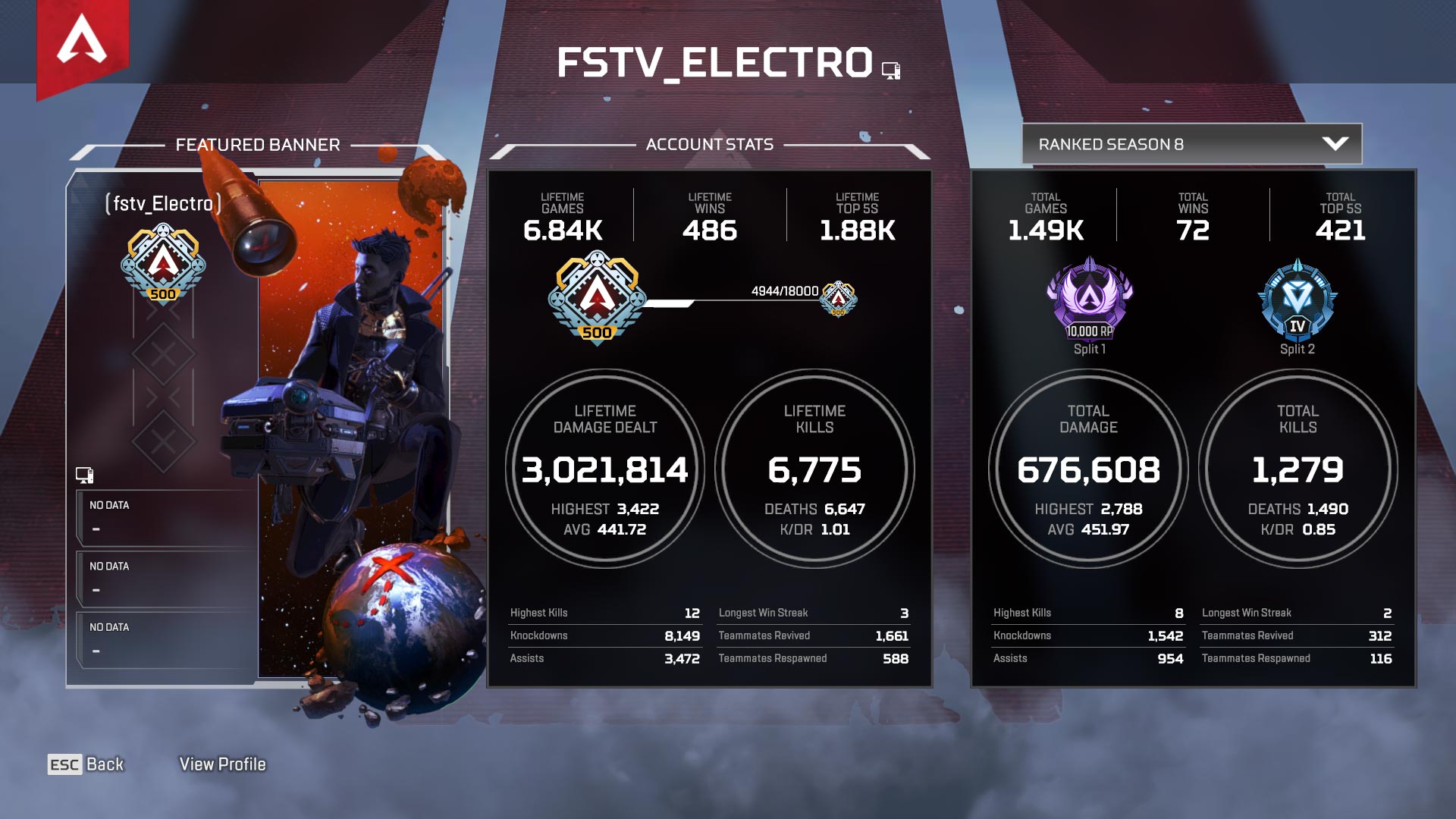 First-Hand Wisdom From Battle-Hardened Veterans To You

Apex Legends is a fast-paced first-person battle royale shooter with the gameplay focused around unique Legends and their abilities, as well as an advanced movement system that involves high-speed running, sliding, and even gliding in the air. And, of course, like any other battle royale game, it features its own Apex Legends looting system, with a plethora of distinctive weapons, attachments, healing and utility items, and such.

This is a game that’s very easy to get into but quite difficult to master. Apex Legends for beginners presents itself as this very casual and fun game, but, in order to stay competitive and keep reaching the highest ranks in the Ranked ladder, one must constantly push oneself to improve tactically and up the mechanical skills and the knowledge of the game’s various systems. Unfortunately, most gamers who play Ranked struggle to keep their place in the same league season after season, even if their rank is not the highest one. Some even believe that all you have to do is to just keep playing, and the skill and experience will just come along the way and therefore you’ll keep getting better over time. Sadly, this is not the case.

Every stage of the map, from flying in the dropship to the match’s final moments, and every tactical situation must be approached wisely. So, today we’re giving you the best Apex tips and tricks our pro players use so that you can adopt them into your own playstyle, which will undoubtedly help you get higher up the Ranked ladder and get you more TOP-1s overall. Our buddy Electro, who’s one of our best Apex Legends pros, will share some nuggets of wisdom, so if you’re here to learn how to get better at Apex Legends (and we believe that’s exactly what you came for), let’s jump right into it!

We shall start from the beginning and talk about how you should approach the starting stages of every match, i.e. the landing, looting and rotations. 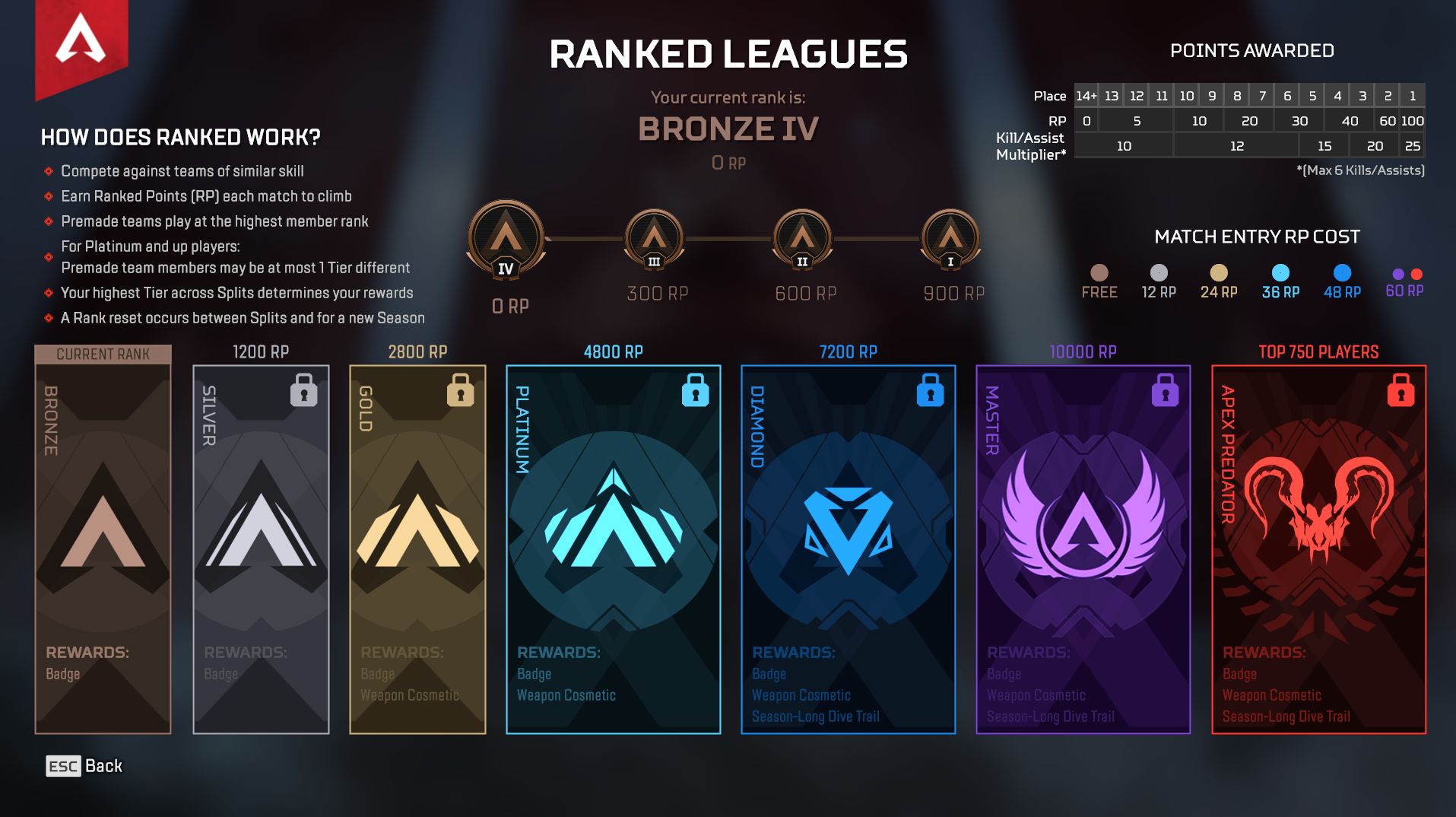 Land Far Away or With Two Other Squads

At the core of this part of our Apex Legends game guide is teaching you how to start your every match with a blast. Choosing a landing spot is a science of its own because a poorly chosen spot can win you a ticket back into the lobby.Electro suggests landing wherever another two- or three-enemy squads are trying to land. When you’re the third party on the ground, it’ll be easier to end the fight faster. If there’s no such opportunity, drop somewhere away from everybody else, so you can safely collect the items needed for survival. 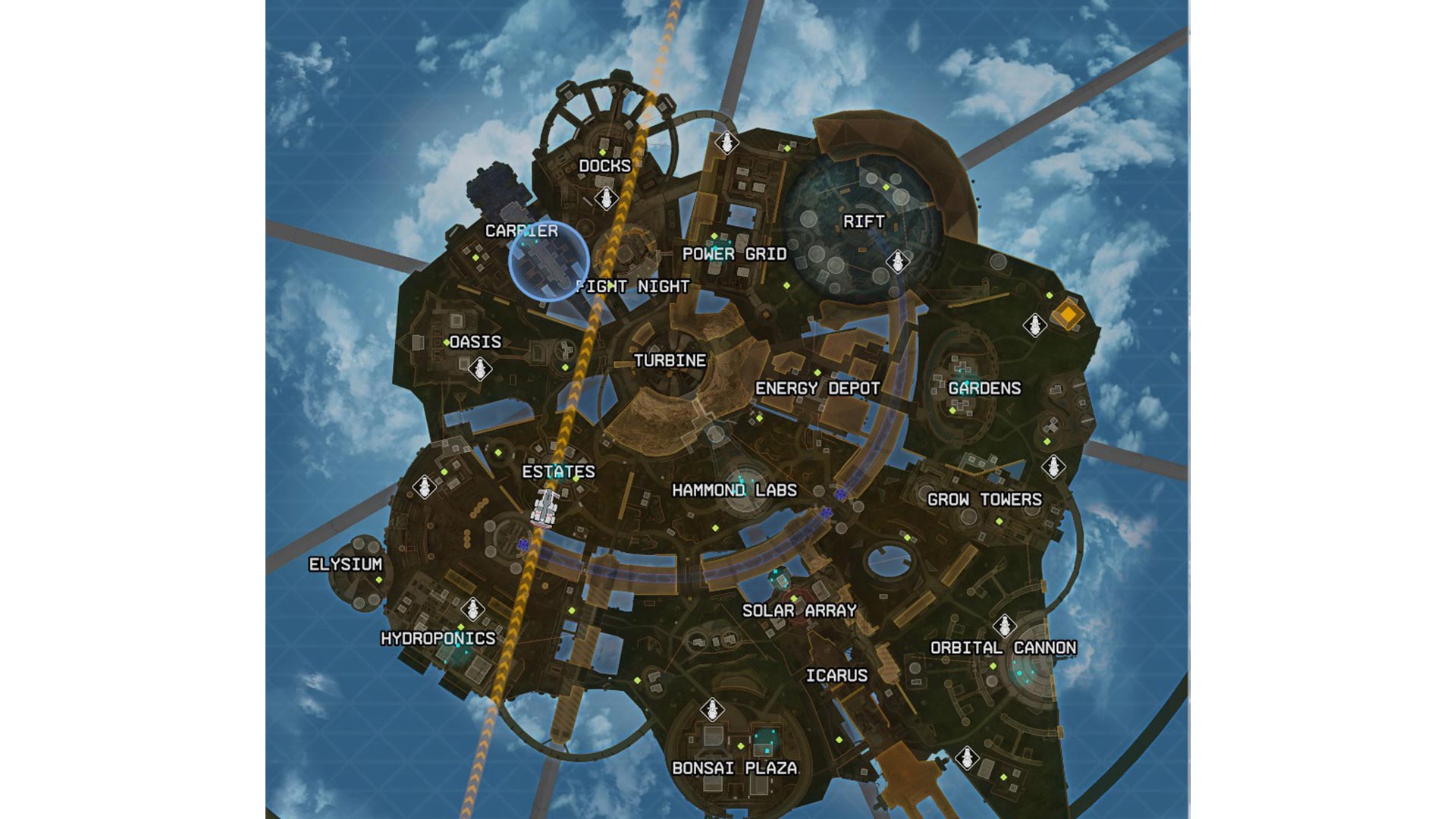 Loot Only What You Know + Single Stacks of Consumables

Not everything is worth picking up. Electro suggests opting for the weapon you’re most comfortable and familiar with. However, it also depends on the situation and your surroundings. When you landed by the edge of the map with the zone far away and no other players in the vicinity, stock up on syringes, med kits, shield cells, and batteries. Then you can collect the good loot along the way or use the Replicator. The standard loadout also depends on the character that you chose to play as. As Horizon, grab yourself a few Arc Stars to use right after placing the ultimate. Besides, you should carry around 4-5 slots of ammo, 1 stack of syringes, 1 Med Kit, 4 Batteries, 8 Cells, and 2 grenades.

Loot Ticks Are Predictable to a Degree

Main Apex Legends tricks regarding Loot Ticks revolve around their spawns. These sneaky fellas are usually found inside structures or little booths placed outside. They always spawn in the same selection of places, but the exact ones are chosen for each match randomly. For instance, out of 100 possible spawn points, a random 25 will be chosen as Loot Tick spawns. On Olympus, however, there are Vaults with golden items inside, which is something that can’t be found in the Ticks.

Work Your Way From the Edge of the Map

One of the most valuable Apex Legends pro tips you can take home with you today is that you must start on the edge of the map. This would be your safest bet. Never land in locations that the ship flies over first. The risk of running into a fight this early isn’t worth the reward because your goal is to survive the longest.

The map means a lot to your game plan. On Kings Canyon, your typical post-landing strategy would be to spend lots of time looting and running along the edges of the map. You may also come looking for the fight where you can third-party using Revenant’s ultimate and get around 4 points. Rushing into battle headfirst without securing at least 2 knockdowns beforehand is senseless. Consider this to be your most effective Apex Legends strategy.

The player who leads the attack must ping the target so that the whole squad can deal with them quickly. The following is the target priority:

These legends must be taken care of first.

The meta Legends on Kings Canyon are:

Another pro Apex Legends tip from Electro is to prioritize middle and close-range weapons like the R-301 Carbine and EVA-8 Auto shotgun.

As far as Apex Legends strats for other maps go, keep in mind that when you’re playing on Olympus, going in with Revenant is a bad idea. Sniper rifles rule this map, so one of the most effective strategies is to pick Crypto, Octane for pushing, and Gibraltar for retreating since this map features lots of open spaces. Electro also recommends picking Rampart from time to time – she creates a cover for herself, and her minigun will always come in handy.

When you’re caught by surprise, try to take cover. It won’t matter if you get killed, so you always need to shoot back from the safety of cover. Don’t let the enemy deal damage to your HP. It’s faster to restore shields using cells than heal both health and shields. Don’t forget that you must have a dedicated person in your squad responsible for reconnaissance, providing information, and setting targets for your team. Right after killing the whole enemy squad, grab the armor from their loot boxes first to be ready to take on another squad who may have heard the shooting and is already lurking somewhere nearby. 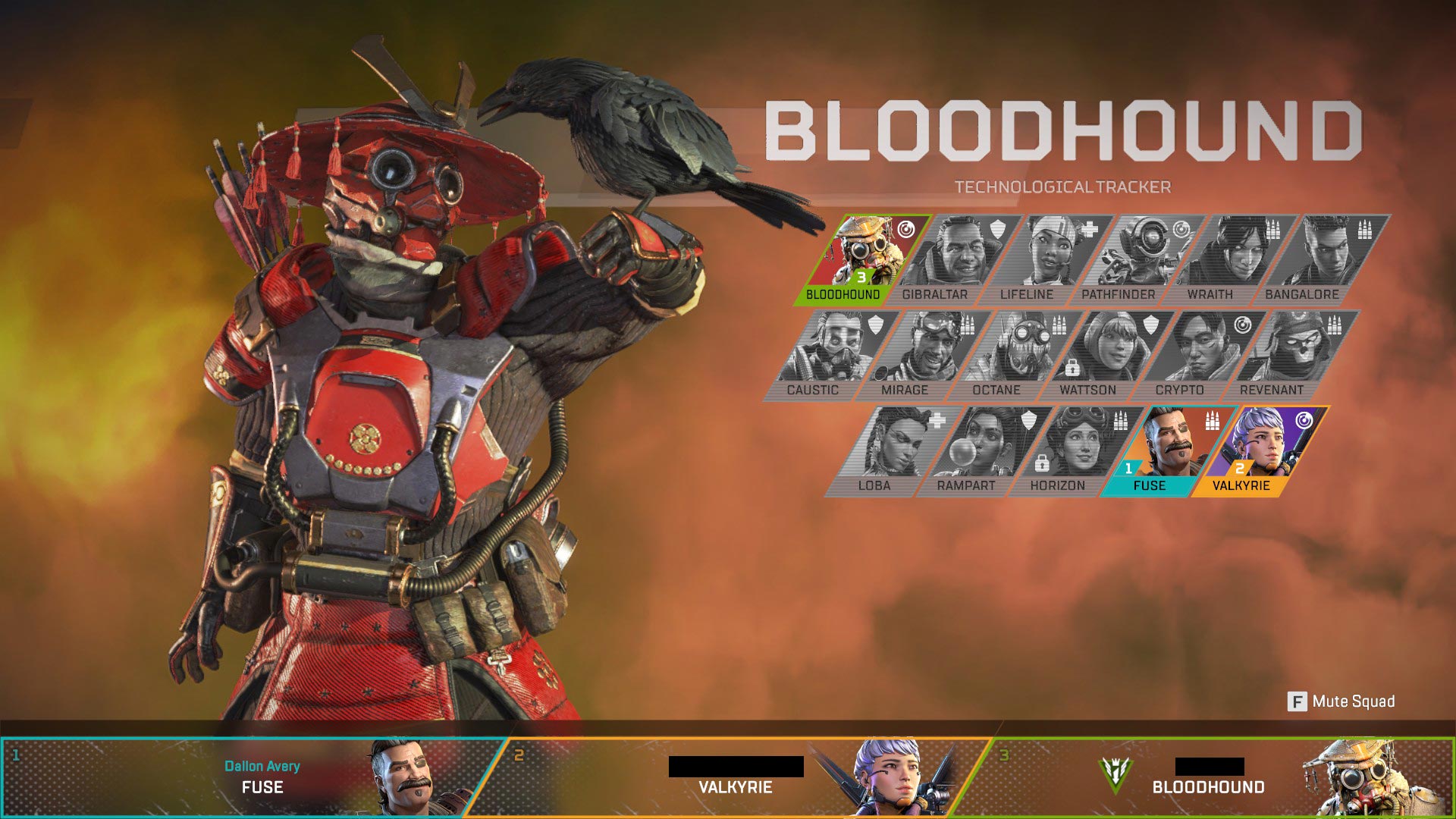 Remember - No Revenant on Olympus

As for late-game tips and strategies, when only 3-4 squads are left alive, you need to keep the exact count of enemies, like knowing that among the four remaining squads, there are three full squads and one squad with a sole survivor player. Gather information about their location and movements as well. If you see two full squads going at each other, your squad can step in to help deal with whoever remains and then switch to that sole survivor.

A Wraith player can set up a portal in the building where your squad is hiding with the other end inside the building where the enemy squads are engaged. You can also try to “kidnap” – force one of the enemies to go through the portal by leaving the exit point right where they stand. This’ll send them to the other end of the portal, where your teammates will make quick work of them.

From the start, try to upgrade your armor to Red (Level 5). By the end of the match, there’s almost no point in shooting players for no particular reason since they’ll be able to absorb whatever you throw at them and recover quickly. Your main job is to get 6 points and take first place.

Use Replicators to Craft Med Kits

Getting better at Apex Legends requires extensive knowledge about all sorts of things in the game. Most usually, Replicators are used to create 2 Med Kits, and the rest of the gathered materials are used for creating Shield Batteries and Cells. If you have enough regen items, then your materials can be spared on crafting attachments. If the current rotations of items available for crafting in Replicators include the Sniper Rifle Scope or the Shotgun Bolt, then you should try and land in the location that has the most Material Stations (that give you 25 mats each).

Things Not to Do When Fighting Enemies

Your shooting and aiming skills are far more important than your knowledge of your chosen Legend. Electro suggests trying various aim trainers to improve your skill. Train one hour before going into the game and focus on recoil compensation, tracking, and flicks.

As Electro says, it’s not about the combinations and whether you know them or not. It’s all about how you actually use the said combos. Combos must only be practised with your regular team—for example, the combo of Caustic, Crypto and Horizon. Crypto slows enemies down with the EMP, Horizon throws her ultimate to pull everyone in one spot, and Caustic throws his Nox Grenade, leaving enemies without shields and HP. If that is not enough, a few shots and a couple of grenades will finish the job.Apart from that, lots of pro players actually use some of the most well-known combos, like Wraith’s “kidnap” mixed with Wattson’s electric fence when the enemy exits the portal into the fence.

If you want to know how to get better at aiming in Apex, then choose your favorite weapons first. Electro’s favourite loadouts are:

It’s a bad idea to have the whole squad run weapons that use Light Rounds. Players should always pick weapons in such a way that nobody in the team will run out of ammo.

The Most Difficult Rank to Pass

Electro shares his experience about playing in the Diamond League. He says it’s the most difficult one since both Platinum and Predator rank players are there. The first kind constantly pushes your squad, and the second one doesn’t care if you open fire right under their noses. It’s very hard to adapt to such different playstyles, but hopefully, all of the information given here in this guide will help you reach your desired rank and keep it throughout the whole season and beyond.

Electro suggests all players who want to up their skills try and answer the questions and research the topics listed below:

These last three questions left by Electro himself are best explored with someone who knows these things inside out. Therefore, if you would like to learn more about what it means to play like a pro and improve your knowledge of the game to perform as well as the real pros do, then order a session with our pros at . Playing with pros makes all the difference and it will for sure help you reach the Master or even Predator Leagues. Our roster is full of stars such as Electro, VolcanFPS, Rondon, Slayerrrrs, M1zery_Dx, and Theh1d, and you can team up with them and start your session in just a few minutes.

So, don’t waste any more time. Go ahead and team up with them right now to upgrade your skills in Apex Legends to the max! And don't forget to check out our to learn more about each of the playable characters in the game!